I'm sure we've all heard the argument over which is better - film or digital. There are passionate enthusiasts of both digital and film. As a photographer who has used film for over ten years and digital for the last four years, I would have to say that, at this time, it's just about even. Film does still handle certain situations better than does digital, but for all practical purposes, they will both produce professional results in the hands of a professional. Some professionals are 100% digital. While others still prefer film only or a combination of the two. So how do you decide which is best for your wedding?

When researching a photographer who shoots digitally, it is important to discern if that photographer is relatively new to the technology or has been using it for a longer period of time and thus should have the bugs worked out. Examine photographs made by the photographer using digital capture. Most likely, that photographer will have work that was also captured with film. Compare them and see if you can tell the difference. Most couples these days are open to digital as people have become increasingly computer-savvy. What matters are the images and the feelings that are captured and evoked. That's really the main reason we photographers are hired.

Digital does, though, offer several advantages to the photographer while working. Here are a few points to consider:

1. The ability to see the image right away. This is my favorite reason for using digital capture. It gives me a level of comfort because I can see if my lighting, expression, exposure, etc. are correct right away rather than having to wait to see the film back from the lab in a few days.

2. The ability to change the ISO (or the equivalent of film speed) on the fly. This allows the photographer to go in and out of a myriad of lighting situations without having to suddenly change film to match the light levels from place to place at a wedding.

3. A virtually unlimited number of photographs can be captured at an event. This can be the boon and the bane of the photographer's existence, though, because if you shoot them, you've got to edit them. But it frees the photographer from thinking "I can only shoot 10, 12 or whatever number of rolls of film at this event in order to keep it within budget."

5. Digital workflow. Many photographers now offer what is often called a magazine style (or flush mounted) album. Images shot on film would have to be scanned in order to produce this type of album. While it is totally doable, it adds time and another step in the process. Digital capture eliminates the scanning and often the time spent dust spotting the scan made from negatives.

6. Freedom to experiment. I will often shoot images that I would not even try with film because I know I will be able to erase it if it doesn't work and modify it because I'll be seeing the results immediately. I was on a foreign trip last year and stuck in the bus on a rainy day. I literally pointed the camera out the window and just made some exposures just for the fun of it. And it was fun! Some of those images were totally unexpected and I would not have "wasted" film on it. But because I had the immediate feedback I could see what was working, modify it as I shot and make some different images. 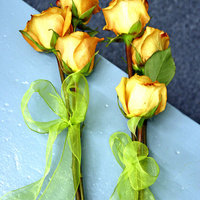 Heather King is with Heather Lynn Photographie based in Snohomish, WA.

Congratulations! You fell in love. I want to tell your love story with images that are fresh, full of love & inspiration. I've been a Destination Wedding & Lifestyle Photographer in the Seattle area for 14 years, and I personally believe my clients are the coolest. My Wedding Packages are completely customizable to fit your needs and budget, so contact me for a quote and a free consultation today! *Engagement and Boudoir sessions are also available with your Wedding Package!*